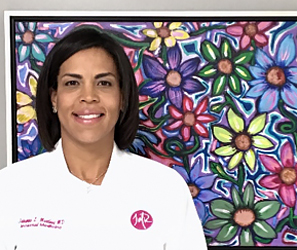 Obtained his bachelor’s degree in the University of Puerto Rico. (1997). She graduated from San Juan Bautista School of Medicine in Puerto Rico (2001).

Dra. Johanna Martinez is Board Certified by the American Board of Internal medicine and active member of the American College of Physicians. At the present she is the Coordinator of the Medical Education Program of Hima San Pablo in Caguas, Puerto Rico and the Assistant Professor of Internal Medicine in San Juan Bautista School of Medicine and Ponce Health Science University.

Now, she has her own private practice in Hima- San Pablo. She also is a member of the Faculty of Hospital Auxilio Mutuo, Hima – San Pablo Hospital.

While managing her private practice she still finds time to run two major marathons and practice different sports like CrossFit, cycling and Music.